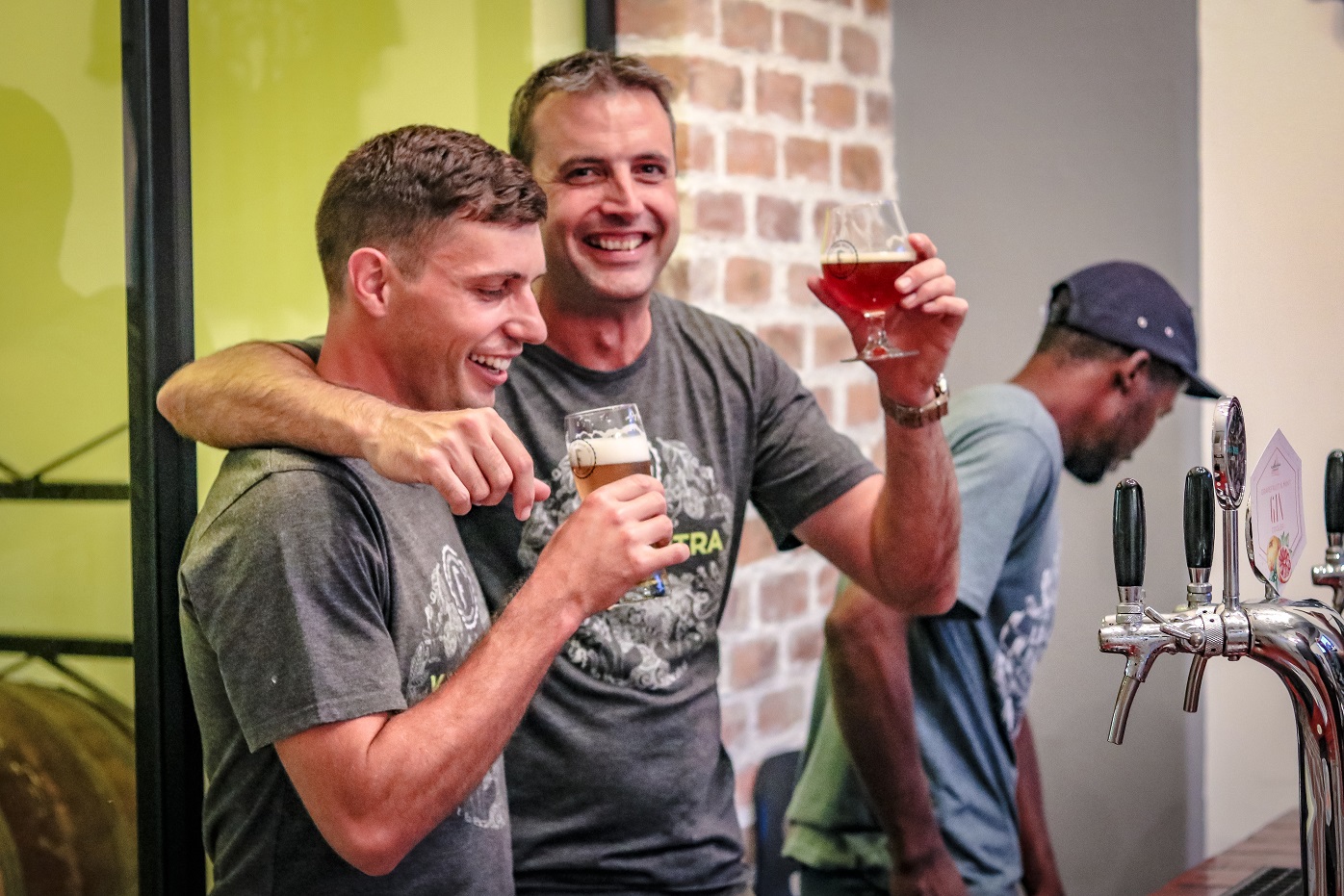 The frontier in this case is the dawn of a new day, it encapsulates the sentiment of determinism in a new social frontier that our young democracy affords us. Brendan Hart, Frontier Beer Co’s  founder and brewer believes that it is our time, and that is firmly stated in their brand logo.

He is refreshingly an Afro-optimist and his love for this country is captured in some of his naming convention and in particular his play on one of South Africa’s most famous novels by Alan Paton, Rye The Beloved Country, is a beautifully constructed beer and much like the famous literature it references, it tells a story. “People have done and are doing great things effecting change in our society,  I wanted my company to remind me to do the same “, extols a visibly passionate Brendan

Brendan, like the majority of brewers discovered his passion through home brewing. He loved the combination of art and science. He was introduced to craft beer through a friend who brought some Drayman’s. He thought to himself, “I pursue all sorts of taste experiences in food, wine and whisky, so why on earth am I drinking the same old mass produced plonk beer?” That same friend went in 50/50 on a home brewing kit and he has never looked back.

Brendan and Frontier are well known for producing some of South Africa’s most innovative beers and led by his comprehensive barrel ageing program. He is fiercely uncompromising of flavour profile developments of his beers and invests into ingredients with the following ethos in mind, ” We don’t fuss too much about cost. We like to be lead by inspiration, and let the price sort itself out, trusting that there will be consumers to appreciate this ethos”, explains Brendan.

Brendan uses almost exclusively imported hops for aroma and flavour and credits his continued partnership with Africa Hops in his ability to gain competitive advantage, “Africa Hops sources a wide range of hops from, Baarth-Haas, the leading suppliers in the world.” He also notes that Africa Hops’ unique business model helps alleviate supply issues, “We can forward order on contract, taking away some of the risk that key varieties will be out of stock, or the risks around bad crop years”.

He continues to note that, “Africa Hops has good communication, allowing you to plan your stock control, or overcome stock control challenges”. Brendan is aware that in a competitive market with numerous players it’s important to partner with suppliers that you can trust with quality products, “You can taste top ingredients, just like in food there is no hiding”.

Brendan like many pro and home brewers loves the Citra hop, “It’s delicious! As we learn more about the science of interesting hop compounds, we find that Citra has most of them in abundance”. He also sites the noble hop Saaz as been under utilized by brewers chasing the American Hop dream and that he is working on some Saaz forward beers”.

Besides hops, Brendan attributes yeast as an ingredient is most fascinated with, “I love yeast, borderline perversely…What an amazing critter”. He notes that a lot of specialty and niche beers rely heavily on the these microbes to give them their unique character. He concludes that yeast choice is key consideration when brewing something special. Brendan enjoys the variety of strains he can order from White Labs via Africa Hops. Their yeast library is second to none and are always cultivating new and exciting strains which push the boundaries of what can be brewed. Brendan used White Labs’ Saison yeast strain and wild yeast strain Brettanomyces in his colaboration beer Brett Sasion which is aged in chardonnay barrels for 7 months.

We ask Brendan that dreaded dooms day question, If all beer styles were to become extinct and you could save three what would they be? “Eish, only three….wild beers, barrel aged stouts, and IPAs’, exclaimed an alarmed Brendan who clearly left many styles behind.

So what’s on the horizon for one of South Africa’s frontier pushing brewers? He is busy ageing a Brett Saison in a calavados barrel (Protean), maturing a Flanders Red (Tart of Darkness) and has recently showcased his Cape Fig Gose (The Holy Gose) at the Fools & Fans Festival in Greyton. You can go visit him at his brewery and tap room in Wynberg, Johannesberg and sip on his core range which includes two of SA’s best hop forward beers, the Karma Citra IPA and the Karma Coma DIPA. Go out and drink local and support passionate small business owners pushing the frontiers of our taste buds. Life is too short to drink average beer with average ingredients. It’s Our Time. 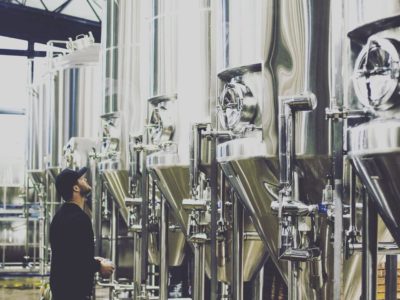 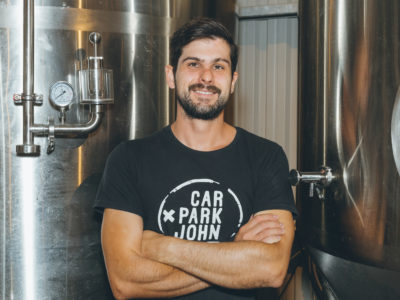